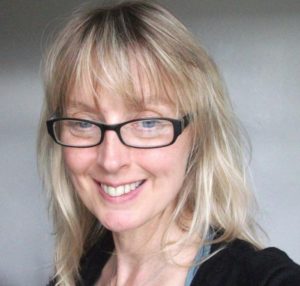 Hattie Naylor is a multi-award-winning scriptwriter and audio dramatist. She has written extensively for BBC Radio 4 and Radio 3. Her gothic thriller Dead Weather won Best Drama, Best Actress & Best Supporting Actress at the BBC Audio Drama Awards 2022. She won the Tinniswood Award for Best Radio Script in 2010 for Ivan and the Dogs which also picked up an Olivier nomination and has recently been adapted as a film. She has written for the National Theatre, Manchester Royal Exchange, the Young Vic, Soho Theatre, The Egg, Theatre Royal Bath, Dash Arts, and Bristol Old Vic. She is a regular contributor the integrated circus company Extraordinary Bodies and is a Senior Lecturer at Sheffield Hallam University.