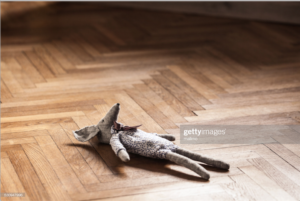 When Myriam, a French-Moroccan lawyer, decides to return to work, she and her music producer husband Paul look for the perfect nanny for their two young children. They never dreamed they would find Louise – a quiet, polite and devoted woman who captivates the children, cleans the family’s chic Paris apartment, stays late without complaint and hosts enviable birthday parties.