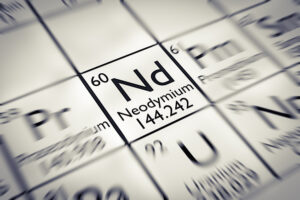 A trade-war thriller and family saga rooted in dark colonial secrets from Greenland’s past.

‘An audio triumph’ – The Radio Times

Inside every electronic gadget – from electric cars and fighter jets to wind turbines, smart phones and missiles – are 17 metallic elements known as Rare Earths. China produces around 84% of them, and reserves are fast running out. The race to find new deposits has become ever more desperate, pitting global superpowers against each other in a 21st century “gold rush” for control of these elusive metals.

In Nuuk, the US and China court the favour of Energy & Environment Minister Seria Lyberth to secure an exclusive mining contract on Greenland. Fiercely opposed to the mine, local activist Rusa Pederson finds herself caught between her recidivist father and ailing grandmother.

When news comes in of a suspicious plane crash, family and politicians are set on a collision course by secrets buried deep in the ice.