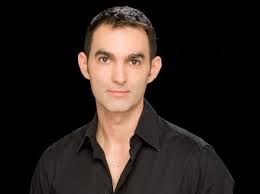 He has also premiered his works in Peru, Chile, Puerto Rico, Costa Rica, Mexico, the USA, Slovenia, Greece and England. As a theater director has been staging in Spain his own plays “Humo,” “Arizona”, “Tres” and “100m2”. And “El pez gordo” by Roger Rueff, “Races” by David Mamet and “Specials Ocasions” by Bernard Slade. Abroad, he has directed “100m2-El inconveniente” in Santiago de Chile (2011) and “Specials Ocasions” in Miami (2011).

He has directed and written shows for the Awards for Young Artists in the Community of Madrid, for Buero Theatre Awards, the Málaga Film Festival 2010 and the Max Theatre Awards 2011.

He was nominated for the 2009 Goya Film Award for best original screenplay for “Retorno a Hansala” and his film “Bon appétit” won the silver Biznaga Best Screenplay at the 2010 Málaga Spanish Film Festival.