duetact tablet whizzingly Afonica is an award-winning sound production company specialising in fiction and documentary in English and Spanish. 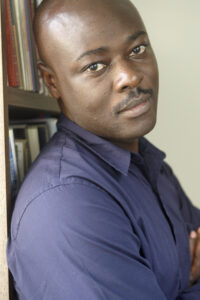 Works with Afonica – Oil on Water

buy paxlovid nz Helon Habila was born in Nigeria. He studied English Language and Literature at the University of Jos. In 1999 he moved to Lagos, where he worked for the magazine Hints; he later moved on to Vanguard Newspaper as Literary Editor. For his poems, Habila has won several important writing competitions, including the Music Society of Nigeria (MUSON) national poetry award for his poem “Another Age” in 2000 and 2001. The year 2000 saw the publication of his first collection of short stories, Prison Stories by Epik Books.

how much does paxlovid cost at pharmacy “Love Poems”, one of the stories in this collection, received the prestigious Caine Prize for African Writing in 2001, which catapulted Habila onto the international stage.

https://ronzac.com/56520-rhinocort-53614/ His first novel, Waiting for an Angel, came out in 2002. It went on to win the Commonwealth Writers’ Prize Best First Book (Africa Region). After winning the Caine Prize, Habila was invited to be the first African Writing Fellow at the University of East Anglia, where he stayed as a Chevening Scholar, and later as a PhD Candidate, from 2002-2007.

https://beyazbonbon.com/27726-paxlovid-pfizer-preis-31922/ In 2005 Habila was invited by Chinua Achebe to become the first Chinua Achebe Fellow at Bard College, New York. He spent a year writing and teaching at Bard, and after his fellowship, Habila stayed on in America as a professor of Creative Writing at George Mason University in Fairfax, Virginia.

Habila’s second novel Measuring Time came out in 2007. It was nominated for the Hurston/Wright Legacy Award, the Dublin IMPAC Prize, and it won the Virginia Library Foundation Prize for fiction, 2008. In 2010 Habila published Oil on Water, a genre mixing environmental political thriller, which has become an international bestseller. Oil on Water was nominated for many awards including, Pen/Open Book Award (shortlist, 2013); Commonwealth Best Book, Africa Region (Shortlist, 2012); The Orion Book Award (shortlist, 2013).

Apart from his novels, Habila has edited several anthologies including the British Council’s, New Writing (2005), Dreams Miracles and Jazz (2006), and The Granta Book of the African Short Story (2011).

Habila is also on the board of Africa Writers Trust, an organization started by the Ugandan writer, Goretti Kyumuhendo, to promote African writers and writing. Habila has been a contributing editor to the “Virginia Quarterly Review” since 2004. From 2010-2013 Habila coordinated and facilitated the Fidelity Bank Writers Workshop in Nigeria, and has edited an anthology of stories generated by the workshop participants, titled, Dreams at Dawn (2012).

In 2013 Habila and the publisher, Parresia Books, started a publishing company, Cordite Books (http://corditebooks.com/), dedicated to publishing African crime and detective stories. They organized a competition, the winner of which will be the first to be published in the series starting in 2014.

From July 2013- June 2014 Habila was a DAAD Fellow in Berlin, Germany, where he started work on his next novel tentatively titled, The Fortress.

Habila divides his time between his native Nigeria, and the USA where he lives with his wife and three children.