maxolon dose for child Afonica is an award-winning sound production company specialising in fiction and documentary in English and Spanish.

Angst! The Teachings of Smart Town 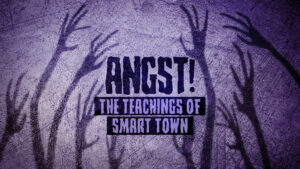 https://technolojist.com/39020-paxlovid-uk-buy-online-25893/ As the world teeters on the edge of various self-made apocalypses, Angst! takes a satirical sideways look at our own naked fears. Five separate but connected half-hour ‘what if?’ stories all told under the watchful eye of the enigmatic Timor Greer.

can you buy paxlovid in uk Ranong The inhabitants of Britain’s most advanced “smart town” are forced to confront escalating aberrations in the technology that runs their daily lives. Washing machines in every home spin at once; phones and stereos belt out the same song at the same time. But what is the algorithm trying to tell them? And how can they atone, to be guided once again by its wisdom?