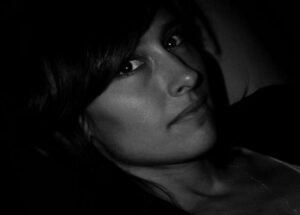 Her documentaries have been screened at major film festivals around the world, with her latest film, Sleepers’ Beat, winning the Sheffield Doc/Fest Award for Best Documentary.

Of Russian-Swedish heritage, she trained as a director at the Royal College of Art in London. The UK, which subsequently became her second home, is where she also forged her film career as a director.