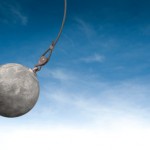 Contemporary drama from Spain. Thomas, a British expat living on the Spanish coast for almost 20 years, is suddenly threatened with the imminent demolition of his beachfront home when the local authority declares the development illegal ahead of elections. In a bid to save his house with the help of his student daughter Lisa, he uncovers a dark underbelly of political and financial corruption he never suspected existed and which will ultimately force him to make some hard choices. Based around true events and recorded on location in Spain at the Complejo Deportivo del R.A.C.E.