glycomet gp0 5 Afonica is an award-winning sound production company specialising in fiction and documentary in English and Spanish. 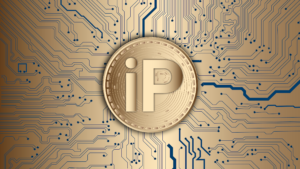 paxlovid price cost Bit – real name Rebecca “Becky” Isobel Troughton, BIT, get it? – is in trouble. Big trouble. She’s only gone and hacked into US mainframes and brought the entire eastern seaboard to a standstill. And now she’s on everybody’s Most Wanted list. But Bit is no hacking ‘gun for hire’, oh no. She’s driven by principle and she’s the very best at what she does. So when shady government organisations come a-knocking in a bid to secure her services, she just sends them packing. Well, sort of. But there are some offers even Bit can’t refuse. Like the search for 494 million’s worth of missing iPromises – a brand-new un-hackable cryptocurrency that’s the sexy place to put your pennies.

get paxlovid prescribed online Tlajomulco de Zúñiga But before Bit can even think about those eight hundred giant servers in the middle of an Icelandic wilderness, there are more pressing matters to deal with closer to home. Like finding a safe place to live and avoiding her estranged father. And why does she feel like she’s being followed?