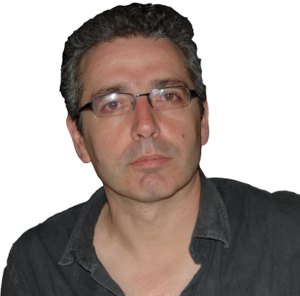 Works with Afonica
Savages: The Wedding

Hugh Costello’s many dramas for Radio 4 have included recent political thrillers such as: One Night in Lillehammer, about a botched Mossad hit in Norway; Greed Is Good, dramatising the fallout from the collapse of Ireland’s banking system; and Redacted, an intense study of hypocrisy at the heart of the British establishment. His current R4 commissions include HI-SPEC Luxury Lifestyle Block 94A, a dystopian ‘docudrama’ thriller recording entirely on location with hand-held mics. Hugh’s screenwriting credits include the Emmy-nominated Bernard and Doris. He is also a journalist and documentary maker – his 2017 Radio 4 series Neither There Nor Here is a nuanced exploration of the lives of immigrant groups across Europe.