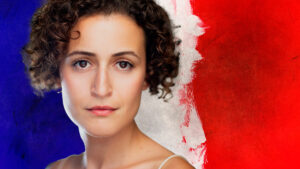 Love, faith and values clash in a Frenchwoman’s search for identity in cross-cultural London.

Faïza is French of Algerian descent and moves to London hoping to reset her life. She has never felt truly accepted in her own country and arrives in Britain eager to escape a sense of exclusion she believes unique to France. In the wake of a painful breakup she is also open to the romantic possibilities this new city might offer. But when she meets Mehdi, a British Pakistani, Faïza soon discovers that Britain is far from the land of butterflies and rainbows she had imagined.