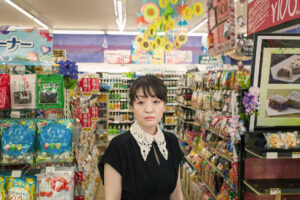 Keiko is 36 years old. She’s never had a boyfriend and has worked in the same Tokyo convenience store for eighteen years.
Keiko’s family wishes she’d get a proper job. Her friends wonder why she won’t get married. But Keiko knows what makes her happy, and she won’t let anyone come between her and her convenience store.
Adapted by April De Angelis from the international bestseller by Sayaka Murata – one of the most celebrated of a new generation of Japanese writers who spent 18 years working part-time in a convenience store.
The novel has been translated into over 30 languages with more than a million copies sold in Japanese alone, winning all of Japan’s major literary prizes.
An ode to non-conformity that subverts the status quo in modern work culture and parodies the plight of the thirty-something single woman.