Ifo paxlovid cost alberta Afonica is an award-winning sound production company specialising in fiction and documentary in English and Spanish. 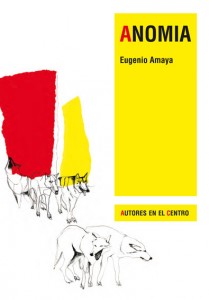 how much does paxlovid cost with insurance A mordant portrayal of corruption in contemporary Spain.

http://associationdesediteurs.com/80951-paxlovid-cost-walgreens-53965/ With local elections just around the corner, the urban planning councillor in a provincial town somewhere in Spain refuses to be struck off the electoral list by her own party, looking for a convenient scapegoat to cover up endemic corruption. Over the course of one night, in the basement of a public building being used to host a fundraiser for the ruling party, she is pressured, cajoled, blackmailed and abused in order to get her out the way without causing a scandal. Yet still she refuses to go quietly. There’s too much money at stake and business deals still to be sealed. We witness in real time the suffocating duel between the party aparatus and the councillor who will not give in.

“Anomia”
Absence of law.
Array of situations arising from the lack of social norms or their erosion.
Linguistic disability preventing the sufferer calling things by their true name.