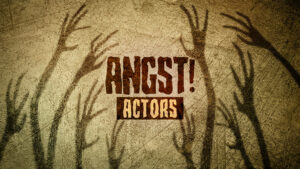 With Populism and conspiracy theories in the ascendant, and comedians and reality TV stars running nations, how can The Establishment fight back? A failing actor finds himself auditioning for the role of a lifetime. It’s a Faustian deal, he (literally) cannot refuse. But is he the only one playing a role?