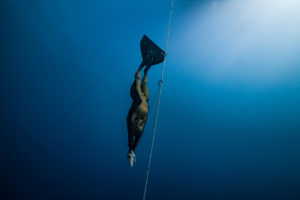 «Jump Blue» is based on extensive interviews with many of the world’s leading freedivers, including Natalia Molchanova’s son Alexey.