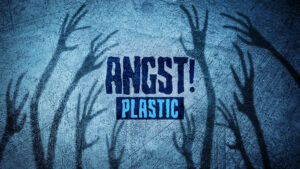 Microplastics can be found everywhere from the snows of Mount Everest to the placenta of unborn babies. They pollute our seas and the very air we breathe, threatening the future of the planet. So when a plastic-eating enzyme is created that can munch through an Evian bottle in 2.93 seconds that should be a giant step in the fight against climate change. Or at least it would be if the enzyme wasn’t self-replicating. And if it didn’t fall into the wrong hands and end up at the bottom of the sea.